“The poor image of UK construction”

The ghost of Stephen “Roy” Sherlock

An unsubstantiated addition to a little-watched Wikipedia article can quickly become accepted as ‘fact’. 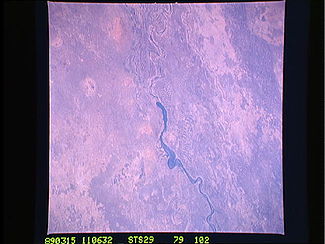 Having neglected Wikipedia for a while, I got down to some serious editing yesterday, starting an article on a firm of consulting engineers, Sir M MacDonald & Partners (since 1989 part of the Mott MacDonald international multidisciplinary consultancy). While searching for details of the background of the firm’s founders (Sir Murdoch MacDonald, of course, plus Archibald (or possibly Alexander) MacCorquodale, P H East and the splendidly named Oswald Longstaff Prowde), I found myself reading a short Wikipedia article on the Sennar Dam, a project constructed on the Blue Nile in Sudan in the 1920s. The narrative asserted:

It was built in 1925 by the British engineer, desert explorer and adventurer, Stephen “Roy” Sherlock, under the direction of Weetman Pearson. … Once completed, the dam was managed by Roy Sherlock until the 1970s.

However, reading some of the original 1920s descriptions of the project, there was no mention of anyone connected with the project being called Sherlock (the project was designed by Sir Murdoch and managed by Prowde, while the contractor was the UK-based S Pearson & Sons Ltd – today the publishing conglomerate Pearson plc – whose site agent was John Gibson).

Googling the Sherlock name only produced a large number of links based on the Wikipedia text, and I began to think this was a mischievous addition. A look at the edit history showed that the text – without references – had been added on 28 November 2009 by an anonymous contributor (only an IP address was recorded; only one other edit, a near-identical addition to an article on the town of Sennar, was associated with that IP address – a BT hosted address possibly in eastern England). It looked like a simple case of vandalism.

I edited the article to fit with the facts as presented from the contemporary sources, and, after making a note about the change on the article’s Talk page, I deleted the sentences about Sherlock (the claims were just a bit too ‘comic book hero’, I thought, and knowing such a major civil engineering project would likely be managed by someone in their 40s or 50s, I doubted anyone would then manage the scheme into their 90s or beyond). I also amended the Sennar town article.

But it seems the claims were believable to others – or, more likely, it was just cheap and easy “research”. During my web searches, I found the shifty Sherlock text had been cut-and-pasted into a 2010 report for the United Nations Development Programme (UNDP). Numerous other sites have also used the same text, demonstrating how dubious information can quickly become accepted “facts”. Small wonder, therefore, that Wikipedia today places such importance on supporting assertions with citations from reputable independent sources.